Forgo nuclear energy, increase the share of energy production from renewable sources, modernizing the grid, and reducing energy consumption per capita. These are some of Switzerland’s ambitious goals set in its energy strategy 2050. Ground-breaking innovations by energy startups will play an integral part in ensuring that we’ll meet this goal. SAFT 2050 jointly developed by Impact Hub Zürich, Impact Hub Fellowship and swissnex San Francisco aims to accelerate Switzerland’s shift to a cleaner energy system by connecting Swiss energy entrepreneurs with one of the world’s hotspots of innovation: the San Francisco Bay Area.

Silicon Valley, no entrepreneur stays untouched by those two words. Two words that stand for the next big thing, billion dollar exits, venture capitalist shark tanks, and some of the most well known unicorns such as Google, Facebook, Airbnb or Uber. It is quite a unique place. There is more venture capital in the San Francisco Bay Area in cleantech than in all the other states of the US combined. This is just one of many indicators illustrating why this area with a size of not even half of Switzerland is one of the world’s hotspots for energy and cleantech innovation. And obviously cleantech is only part of the picture.

The density of startups, VCs, accelerators, researchers, innovators and talent within this hub and startup-ecosystem is unprecedented. Add to this a very different attitude towards risk-taking and almost celebration of failure and you start to understand why a large percentage of the world’s highest evaluated tech businesses originated in and around San Francisco. But not everything that shines is made out of gold and whether the race for the next billion dollars is the right way forward to shape the future of business may be questioned. 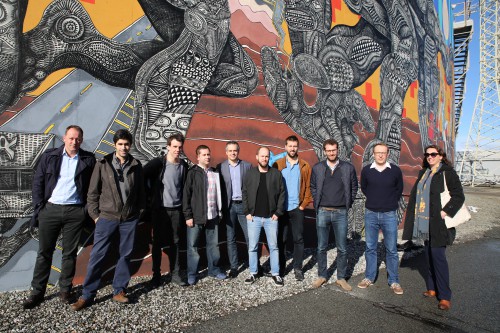 From all applicants that handed in their pitch decks six teams from the fields of smart cities, distributed generation, and energy efficiency were selected as the first SAFT cohort of energy entrepreneurs, namely: Adaptrictiy, BATTRION, Carbon Delta, Joulia, WATTELSE, Younergy. After a one month intensive bootcamp at Impact Hub Zürich focusing on scaling and internationalisation strategies, the Bay Area energy environment and how to do business in the US, this group of entrepreneurs joined by representatives of program partners Swisscom, Climate-KIC and IWB left for a one-week market expedition to the Bay Area.

“The SAFT Market Expedition was a very useful opportunity to meet with potential clients and partners in San Francisco and also New York City. The amount of feedback I received on our MVP has truly validated our viability in the US market. I also started to build relationships with very important potential clients.” David Lunsford, Carbon Delta 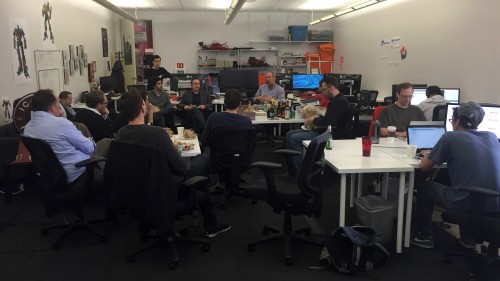 Pitch black sky and pouring rain. This was the first impression we got from San Francisco upon arrival at SFO. Although it was only 5pm it felt like almost midnight. But this rather grim welcome wasn’t representative for the open arms and genuine interest we encountered wherever we showed up and the bad weather ended up being the only (unfortunately consistent) marginal downer on the group’s energy. 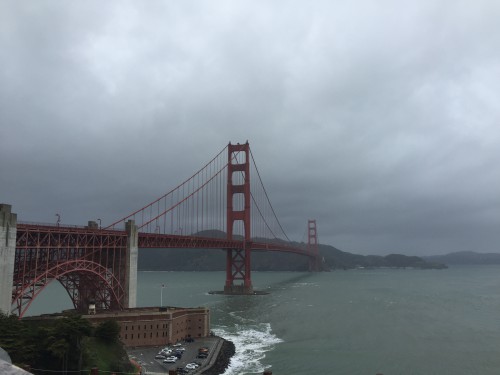 And energy was well needed. The rich program put together by swissnex San Francisco left us completely exhausted every evening, which by no means should be interpreted as something negative. Pitching in front of VCs, meeting top level industry representatives, mingling with students and the next generation of Silicon Valley entrepreneurs at the Stanford Graduate Business School, a mindful deep dive into the local entrepreneurship scene at Impact Hub San Francisco, US business experts one-on-ones, battling with inflatable robot arms at Otherlab or playing “Ping Pong” (aka table tennis) with the geeks at Mountain View’s tech hub Hacker Dojo, the trip certainly provided a broad insight into the startup machinery the Bay Area is known to be. And of course there was also little time to visit some of San Francisco’s world famous sites such as the prison on Alcatraz (which you can now follow on Twitter) or the stunning Golden Gate bridge. 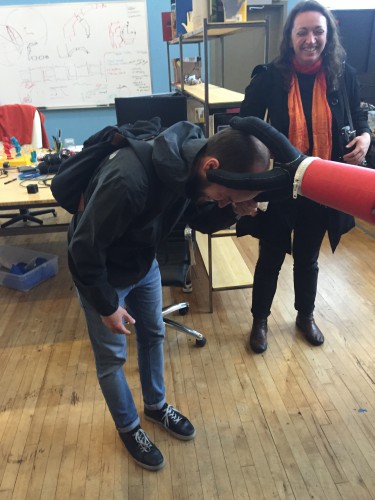 „It was a very intensive week with the startup companies during the SAFT Market Expedition. The greatest benefit was to have the chance to get to know each other better. It was great to see how the entrepreneurs improved their pitching capabilities during this week and how new ideas evolved over time.” Michael Lewrick, Swisscom

What is certain is that no one who visits the San Francisco Bay Area and its Silicon Valley leaves unchanged. But is it really so different from the scene in let’s say Zurich? Our impression leaves us with a simple yes, but. Yes, we are lacking a critical mass of VCs that don’t act like banks trying to mitigate risks as much as possible, especially in an environment that much more often requires taking a leap of faith, rather than an extensive risk analysis. Because let’s be honest, no one can tell at an early stage what the next big thing is going to be. Yes, having more serial entrepreneurs behind investment decisions, rather than businessmen with a pure finance background, would certainly facilitate early stage investments. Yes, we could learn from the Silicon Valley can-do attitude and embrace failure and understand it as sometimes necessary step to achieve winning results, rather than shun and stigmatise it. And yes, we could use more successful entrepreneurs that stay closely connected to the scene and are willing to facilitate connections and pass on their vast knowledge to emerging ones. But all of this isn’t rocket science. Things are moving step by step towards this direction, also in Zürich, and one can see a new generation of entrepreneurs and investors emerging, who are more connected to the global ecosystem.

Authors’ insider tip: next time you visit San Francisco, don’t forget to stop by at the Cats Corner…yea.

Work should be more then just about earning money. It is this philosophy that has ultimately led David to the Hub where he supports the program division. On his journey in finding a position with a real impact, David has dwelled into environmental consulting and journalism. As a member of DeCo! sustainable-farming he has hands on experience with the challenges that social entrepreneurs face....