They have been selected among the ten fintech startups from the Kickstart Accelerator, being part of the 3 month program that aims to push their business further. They have achieved a lot and are successfully working on the development of their products. However, success won’t simply fall from the sky, an essential part is learning from the past. We have had the opportunity to talk to five of the fintech startups, asking them about their most important learnings as a startup. 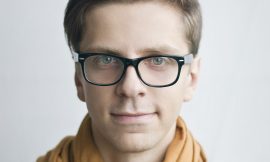 Of course, optimism is a must-have for startups. How will you deal with all the minor and major setbacks that are going to occur? How will you convince investors of your business if you yourself aren’t 100 % sure that it is going to work out? Uncertainty is what entrepreneurs come to live with, but the next worst thing is overoptimism, an optimism that can be dangerous: ignoring serious problems that should be tackled head on. Some of the Kickstart startups have had the experience of being too optimistic: Janis Graubins, Co-Founder of Notakey, a startup from Latvia that lets users securely and remotely notarise restricted operations with one tap, such as user logon or payments,  says : “In the beginning we were  too optimistic, especially in terms of the time it would take us to develop our technology. Many things took much longer than expected. You think that you have the smartest team and the best product, you look at how competitors do and think that you will do that 3 times faster. ” 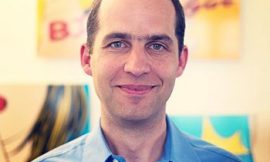 Wassilios Lytras, Co-Founder of Gatechain, a Swiss startup that has developed solutions for trade finance on a decentralised network which allows to seamlessly connect participants in the trade ecosystem through blockchain technology, agrees. According to him, overoptimism is something that many startups experience. “Nobody is born as an entrepreneur but every startup needs a certain amount of optimism to survive. First, you don’t know which assumptions might be too optimistic and which are realistic. It’s through the development of your startup that you learn that.”

Being able to adapt to different cultural environments 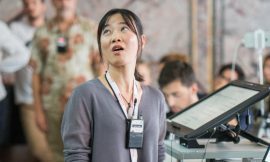 ‘If a startups worked successfully in Europe, why shouldn’t it work in the US?’ one might assume. Especially if a startup has been successful in one country, the ambition to expand as fast as possible is huge. However, taking into consideration the social, cultural, economic and technological environment is very important, which is what Juliette Xu from Surong 360 learned. Surong 360 is a Chinese startup that developed a platform for peer-to-peer (P2P) lending, allowing students to borrow money from their alumni and functioning as a social network with flexible interest rates. “At the beginning we thought we could migrate and almost copy-paste our business model, which has been proven to be very successful in China. We found that this was a mistake since the market in Europe is different to the one in China in various aspects. For example, the students in Switzerland don’t have much financial pressure, unlike Chinese students. However, we also find that for the overseas students and other EU countries these kinds of requirements exist, so there are lots of market opportunities. We are doing research on that now.”

Focus on the customer 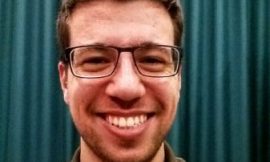 It seems reasonable that a startup, no matter how sophisticated its technology or solution might be, will only be successful if customers want to pay for its product. To understand the customer’s pain is therefore essential and the lack of understanding the customer is among the top reasons why startups fail. Marcos Monteiro from Veezoo learned that very early on. Veezoo is an artificial intelligence that lets everyone explore data – just by asking questions in plain English or German. “In the beginning, there were people that were not convinced by our initial idea. We then realized that the reason for that was that our proposition didn’t solve a real problem. So we decided to go out and talk to potential customers to understand them better. We had been focusing too much on developing the product without knowing the customer needs.”

Being able to respond to changes 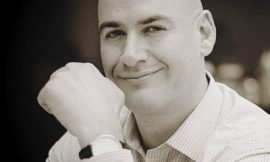 “Be agile or be replaced” is the slogan that seems to be true not only for startups but for every company in the field of IT and other fields that are likely to be disrupted by new technologies. This is where startups are stronger than bigger companies, as Matt Schaffnit, COO of the Swiss-American startup lenditapp experienced in the past. With its cloud-based solution, lenditapp streamlines and digitizes the small business loan onboarding and application process, and is developing a risk tool that uses machine learning to help lower the risks associated with lending to these borrowers in order to give small businesses access to the credit they need. Matt states that one of the industry’s pivotal moments was the financial crisis in 2008: “The alternative lending space has absolutely exploded since 2008.  One of our take-aways is that a lot of the lending going on in the US is becoming predatory because banks aren’t lending, this provides an opportunity for people to take advantage of the situation. This isn’t in-line with our vision, so what we are trying to do now is bringing these banks back to the markets that they have abandoned.”

Interested in what these startups get out of the program? The Kickstart Accelerator is a 3 month fast track accelerator program that aims to provide the best Swiss and international early stage startups with up  to 25’000 francs in prize money, a monthly founder stipend, mentoring, a shared office space and fast-track access to relevant industry partners and the Swiss startup ecosystem. Swisscom is founding partner of the Kickstart Accelerator, operated by Impact Hub Zürich, and partner of the fintech vertical. Stay tuned for updates on the Kickstart Blog, Facebook and Twitter.

Pia Schneider is an Open Innovation Developer at Swisscom’s Pirates Hub – in a team that is scouting startups for potential co-creation projects. She is responsible for the communication activities in and around the Pirates Hub and blogging about like the Swisscom Startup Challenge, the Kickstart Accelerator and all the current hot topics in the startup ecosystem.