Female entrepreneurs are on the rise. In Switzerland, the number of women starting their own business has visibly grown in the last years. However, we are far away from an equal proportion of male and female entrepreneurs. Several studies show that women are still a minority when it comes to founding and running a startup. In 2014, for example, only one third of all company foundations involved at least one women, according to the Swiss Federal Statistical Office. We at Impact Hub Zürich must also admit, that despite all efforts women are still a minority in our community. Sixty percent of our over 800 members are men.

Equal opportunities for men and women are one of our core values at Impact Hub Zürich. Although, according to United Nations, the worldwide situation of women has improved overall there remains a lot of upside potential. That`s why “Gender Equality” is one of the UN`s seventeen Sustainable Development Goals. Of course this also concerns the situation of women at work – and in startups.  According to the Global Entrepreneurship Women`s Monitor, there are several reasons why women are more hesitant to enter into entrepreneurship. Not only do young women often face a greater fear of failure and are consequently less likely to make their dream of starting a business a reality, they are also faced with existing gender expectations. These expectations include the idea that women should be the primary family caregivers and are obliged to put their careers second.

Overall, there is still a lot to be done to strengthen the position of women in the startup-world – in Switzerland and worldwide. Impact Hub Zürich wants to take action – and it starts right away with a symbolic portrait gallery of six passionate, successful and creative female founders out of the Impact Hub Zürich network: 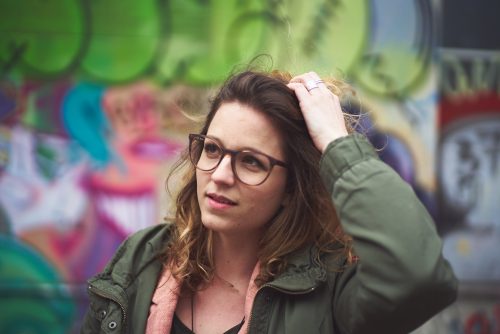 “While living in Sweden and Chile I personally experienced  that you don’t learn languages in the classroom or isolated via an app. It’s all about using the language. That’s why in 2016 I started UNUMONDO.io. With us you learn (Swiss) German in real life – not via grammar and books but via contact to local people and practical application. The most beautiful moment was when I saw the participants of our pilot project being excited about it. They realized learning German like this helped them integrate better and they became regular customers. At that point I knew I had started something that works and that has a real impact.” 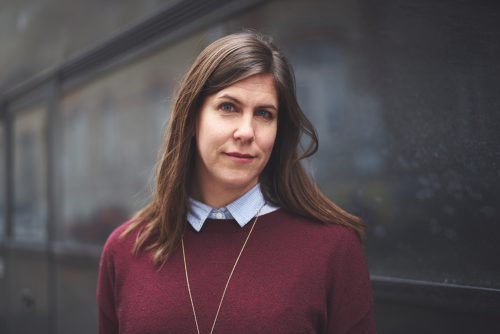 “My business partner and I started GRAFIK2 nine years ago. We craft and implement design concepts for analog and digital visual communication. In 2013 we also co-founded Colab Zurich which partnered with Impact Hub Zürich. One year ago, myself and two other women initiated WE SHAPE TECH, a movement to foster greater diversity in tech and innovation. I enjoy the work and culture digital transformation involves. When I became a mother two years ago, I had to learn how to unite my role as a self-employed business women with being a mother. Purely practical questions often arise, especially regarding time management. My goal is to continue to pursue my career aspirations while following my convictions. I realize that only the combination of both roles make me feel fulfilled and happy.” 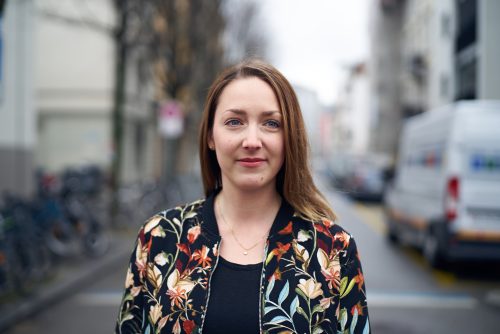 “I founded Master21, the first coding bootcamp in Switzerland, in 2016. My business aims to make tech education more fun and hands-on and thereby enable more people to shape the (digital) world. The most difficult part for me when starting my business was handling my own expectations. When it came to creating my website for example, I had this ideal finished product in my mind. Seeing that I can’t realize it fully from the beginning was frustrating. I had to start telling myself: “This is a good enough start for now – and I can always improve upon it later”. 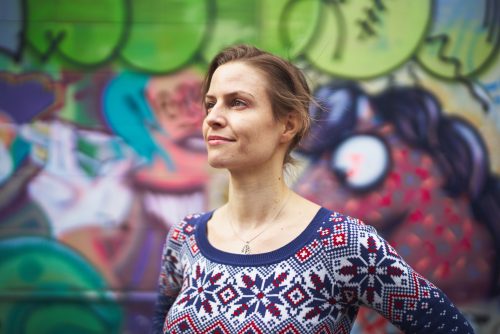 “My social business The Green Fairy offers the largest lactose-free and vegan ice cream selection in Switzerland. I founded it 2012 parallel to my doctoral thesis about fair trade because I was fed up with the academic ivory tower and wanted to practically implement my theoretical knowledge. With The Green Fairy I aim to reduce the widespread prejudice of a plant-based diet meaning abdication and to offer alternatives for people unable to consume cow milk. The whole project was and is quite a challenge, especially because I am a single parent. Pushing my business further is only possible thanks to my family’s child care support.” 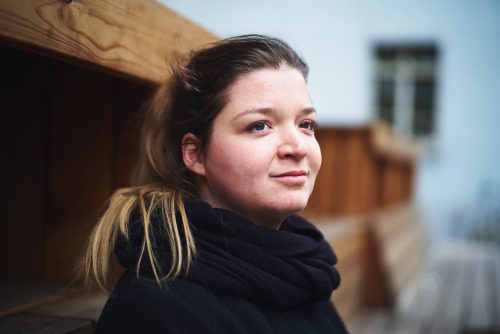 “It was in the last semester of my studies in Communication Design when I started with 2324.ch. Together with my two co-founders, we simplify exchange and communication at municipal level, especially between citizens and public authorities. Starting my own business while still studying was challenging in many ways, but it was worth it. Being thrown into cold water, having to take responsibility for myself and others, taught me more than I could have imagined and have ever trusted myself with before.” 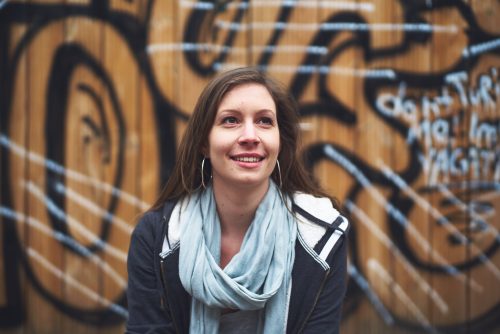 “In my first year at university, I was involved in an accident suffering a traumatic brain injury which changed everything. The first years after my injury were hard, but currently I am actually proud of who I became as a result. Of course it took a while to feel this way, but through my recovery I realized I felt compelled to do something: I wanted to improve things for future patients, their families and friends. That`s how Karegenda was born. Back then I would never have imagined that my new hobby would turn into a growing and promising startup.”

Melanie, Sonja, Janine, Melanie, Larissa and Amanda are just six of numerous, impressive women at Impact Hub Zürich – and we expect there will be more in the future. A big thank you to Luis Laugga for taking the beautiful portrait pictures!

Simone is in charge of public relations and media. She answers questions and requests from journalists, makes and maintains relationships with media and journalists and is keen on making the Impact Hub network wide and enduring. Simone gained her theoretical basis at the University of Fribourg and the Hochschule für Wirtschaft in Lucerne. Having a journalistic...